Newington Cemetery was designed by David Cousin (1809-1878) who specialised in cemeteries, many with Gothic gates, lodges and catacombs (at Newington, Warriston and Dalry). Laying out Warriston, Dean, Dalry and Rosebank cemeteries preceded work in 1848 at Newington. His prolific output included Craigmillar Free Church in East Suffolk Road, in 1851 the Grange Estate, in 1862 Mayfield, followed by Craigmillar Park and in 1877 West Savile Road.

Newington Necropolis, as it was originally known, was opened in 1846 by the Metropolitan Cemetery Association as a profit-making concern on farmland obtained from the Dick family of Prestonfield. The first interment was in 1846 and with David Cousin’s involvement from 1848 the layout included the neo-Norman west-facing catacombs and terrace in the middle of the cemetery and the Victorian gothic lodge and gates at the Dalkeith Road entrance. It is an example of the post-1830s garden cemeteries movement, as are others in the city, a fore-runner being the Père Lachaise cemetery in Paris. Newington was also known as Echo Bank cemetery (locally spoken of as Ekkie Bank) and for a time from 1860 as the Southern Cemetery. Bounded to the west by the Pow Burn and to the east by Dalkeith Road the initial area of 8.28 acres (3.35ha) was extended in two stages towards Cameron Toll to the extent we see today. In the late 1860s a carriage drive was built from new entrance gates in Craigmillar Park to the cemetery. This drive was later closed in the 20 th century and the land sold, part of which now forms the rear of Ventnor Close. In the 1880’s the South Suburban Railway arrived, running alongside the Pow Burn, and Newington Station together with its adjacent tram stop provided convenient access to the cemetery.

Although there are now no grave sites available, interments still take place where lairage holders have a right of burial. There are Commonwealth War Graves mainly dating from WW1 and a railed off area by Dalkeith Road was used for Jewish burials until 1945. In 1982 there was a fatal accident when a headstone fell on a teenager and this, with other factors such as its overgrown and neglected state, led to the cemetery being compulsorily purchased by the city council in 1994. The north-west part is set aside as a wild life area and the city council’s staff limit the work they do to seasonal grass cutting, invasive weed control and safety maintenance, such as essential tree management and checking headstones. Newington Cemetery is now a peaceful green haven in the midst of our urban area, a wildlife sanctuary, supporting biodiversity and sustainable Edinburgh. 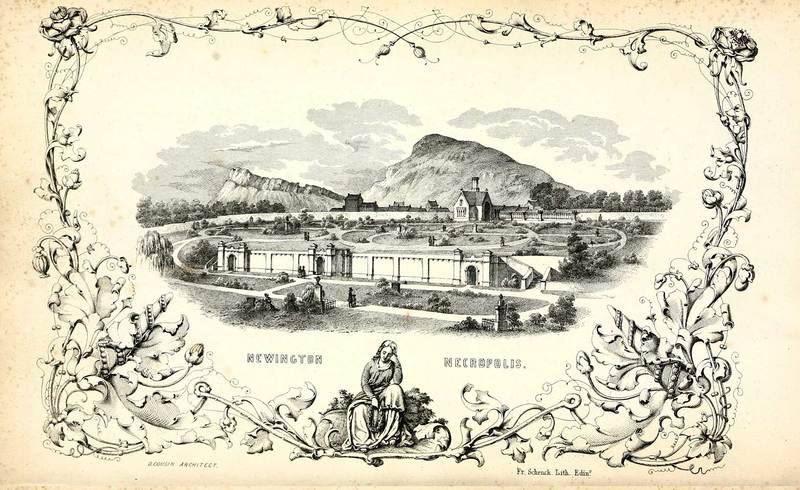